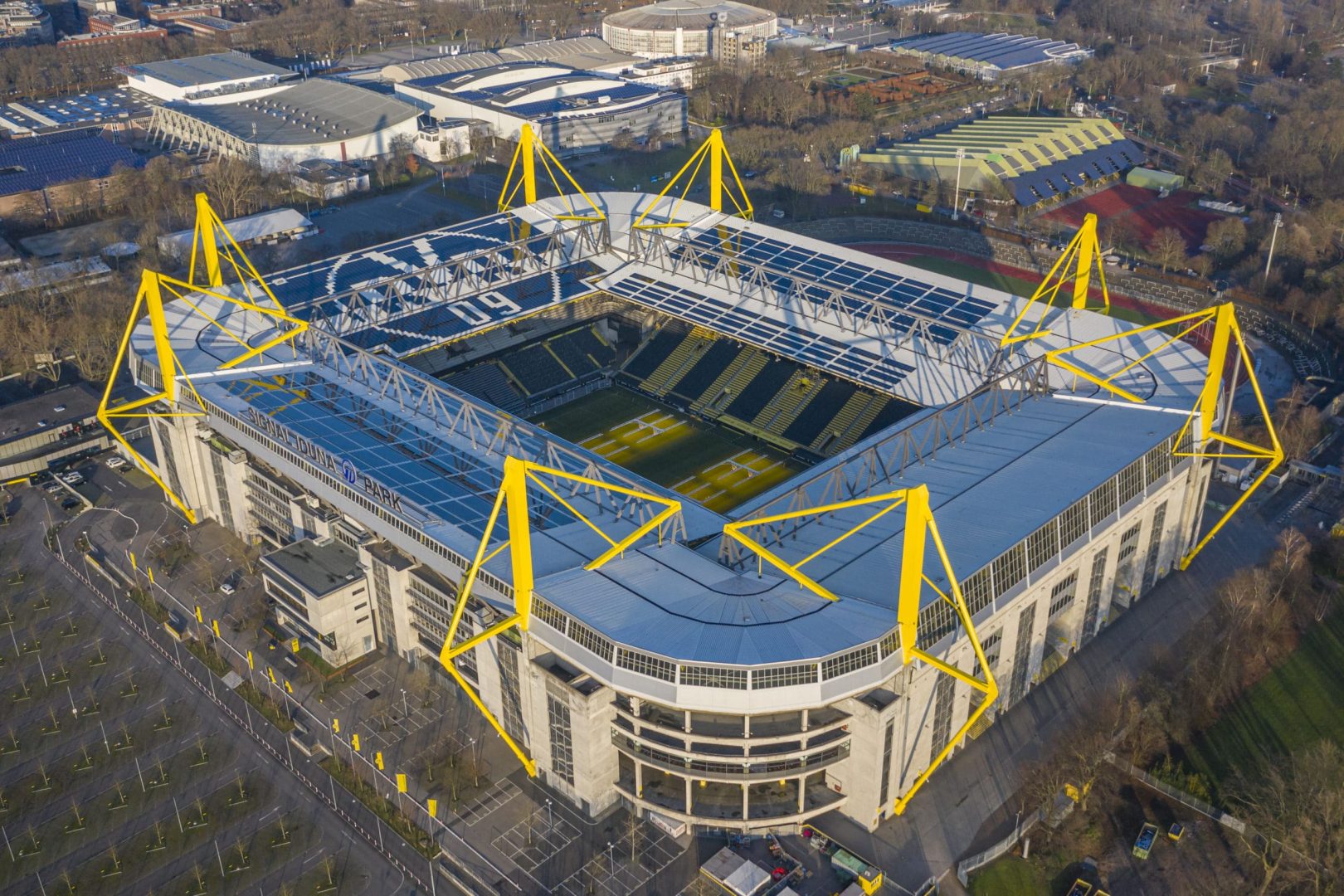 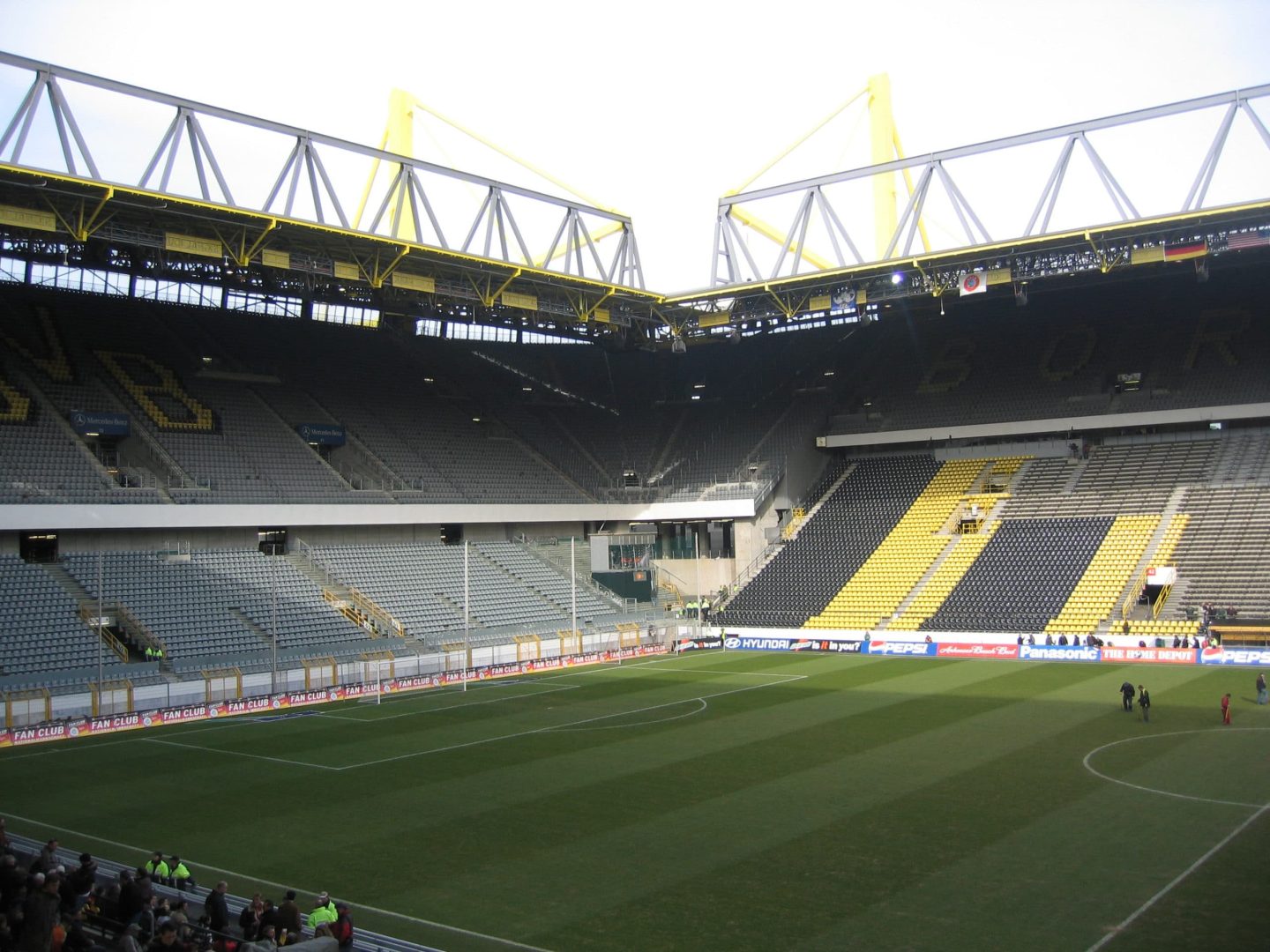 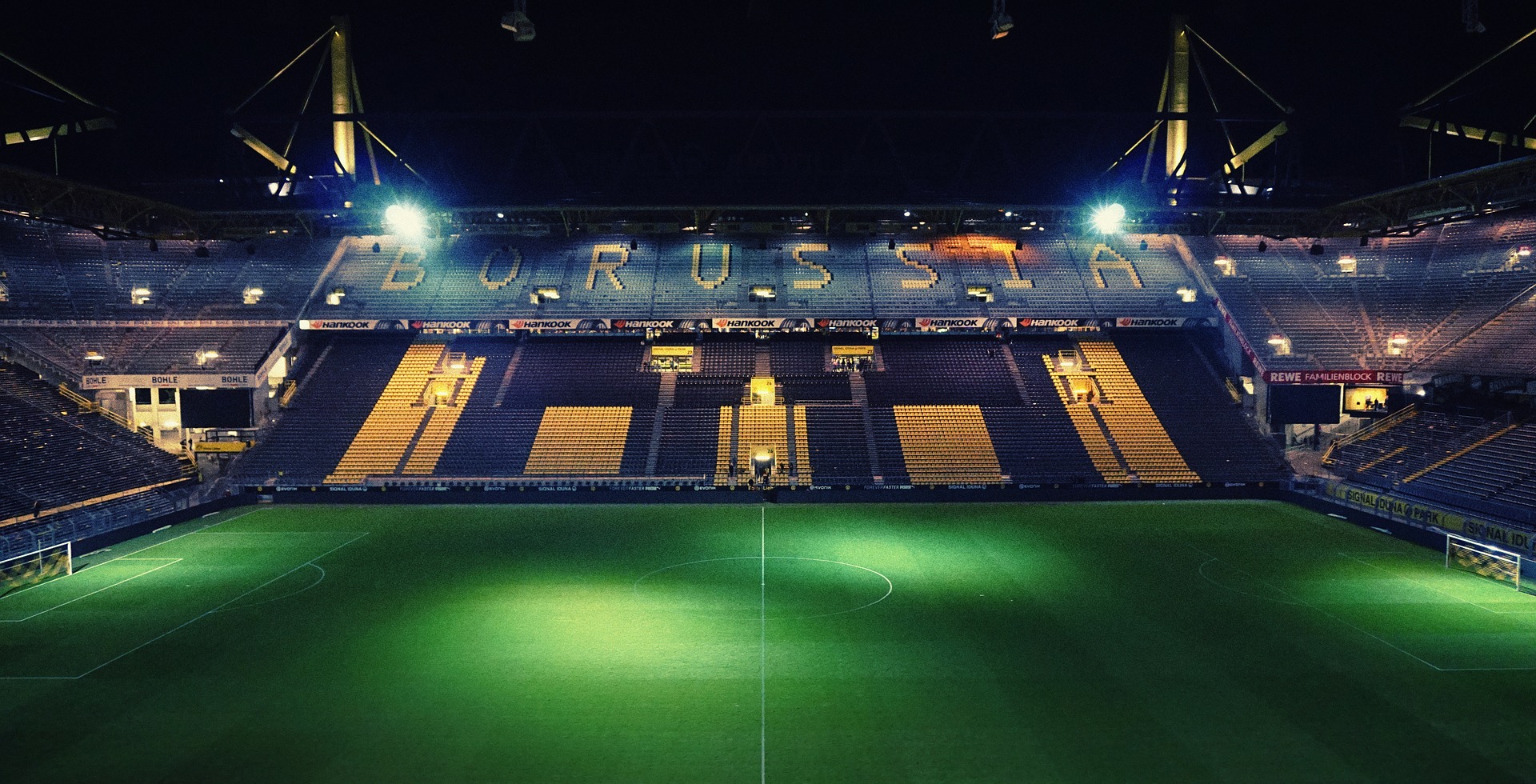 The plans for a new stadium were drawn up in the 1960s, as it was necessary to expand and renovate Borussia Dortmund‘s traditional ground, the Stadion Rote Erde (“Red Earth Stadium”). After the historic triumph of the Cup Winners’ Cup in 1966 (Dortmund was the first German team to win a European club title), it became clear that the Stadion Rote Erde was too small for the growing number of Borussia Dortmund fans. However, the city of Dortmund was not in a position to finance a new stadium and the federal institutions were not willing to help.

In 1971, Dortmund was chosen to replace the city of Cologne, which was forced to withdraw its plans to host matches at the 1974 FIFA World Cup. The funds originally earmarked for the Cologne stadium project were therefore reallocated to Dortmund. However, architects and planners had to keep an eye on costs due to a tight budget. Thus, plans for a DM 60 million oval stadium, which would include traditional sports facilities and seat 60,000 spectators, had to be abandoned. Instead, plans for a much cheaper soccer stadium with 54,000 spectators, built of prefabricated concrete sections, became reality. In the end, the costs amounted to DM 32.7 million, of which DM 1.6 million was invested in the renovation of the Stadion Rote Erde. The city of Dortmund, which was initially charged DM 6 million, only had to pay DM 800,000, and soon benefited from the high revenue of the stadium. On April 2, 1974, Borussia Dortmund officially moved into its new home and has been playing in the Westfalenstadion ever since. Relegated in 1972, Borussia Dortmund was the only member of the 2nd Bundesliga (second division) to host the 1974 World Cup matches in a completely new stadium. In 1976, after promotion to the Bundesliga, Borussia Dortmund played its first match in the highest German division in its new stadium.

On May 16, 2001, the Westfalenstadion hosted the 2001 UEFA Cup final between Liverpool and Alavés.