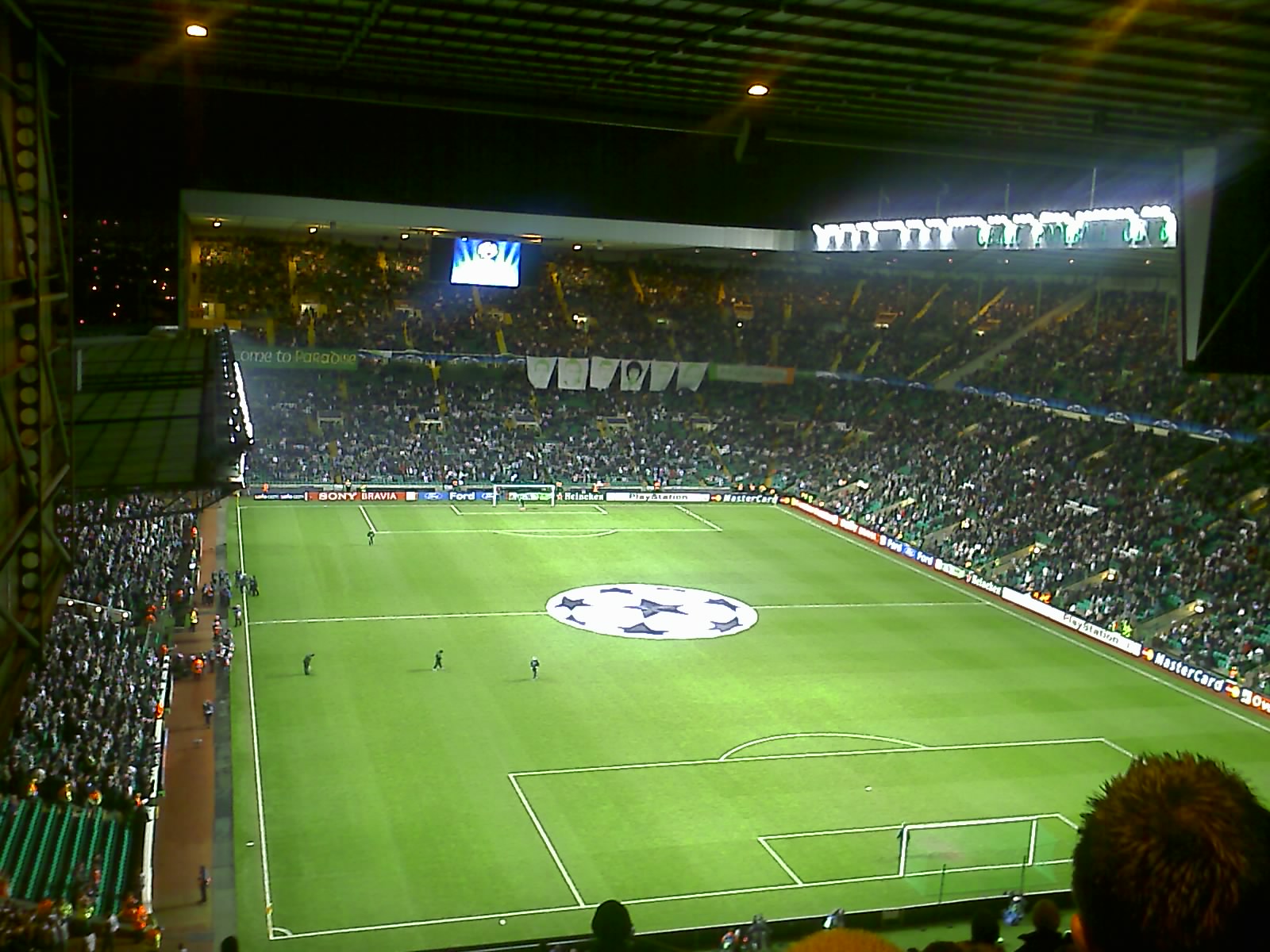 Celtic Park is a soccer stadium, located in Glasgow (Scotland), home of Celtic FC since 1892. It can accommodate 60 857 spectators.

In 1892, Celtic decided to leave the original Celtic Park after the landlord increased the annual rent from £50 to £450. The club moved to a new ground, also called Celtic Park. The “Paradise”, as it is called by fans because of its proximity to a cemetery (Janefield Cemetery), is located in the Parkhead area of east Glasgow. The stadium opened its doors on August 20, 1892. In its first version, it was designed by Archibald Leitch, who also designed Anfield and Old Trafford. The stadium became the property of the club in 1897.

The record attendance at Celtic Park is 92,000 spectators, gathered on January 1, 1938 for a match against Rangers FC. However, this figure is a controversial estimate, with some experts (Simon Inglis in particular) estimating that there were a maximum of 83,500 spectators in the stadium on that day.

The east stand is named Lisbon Lions after the Celtic team that won the 1967 European Champion Clubs’ Cup in Lisbon, Portugal.

In 2014, Celtic Park hosted the opening ceremony of the Commonwealth Games.

During its history, it has hosted several international matches involving the Scottish team.