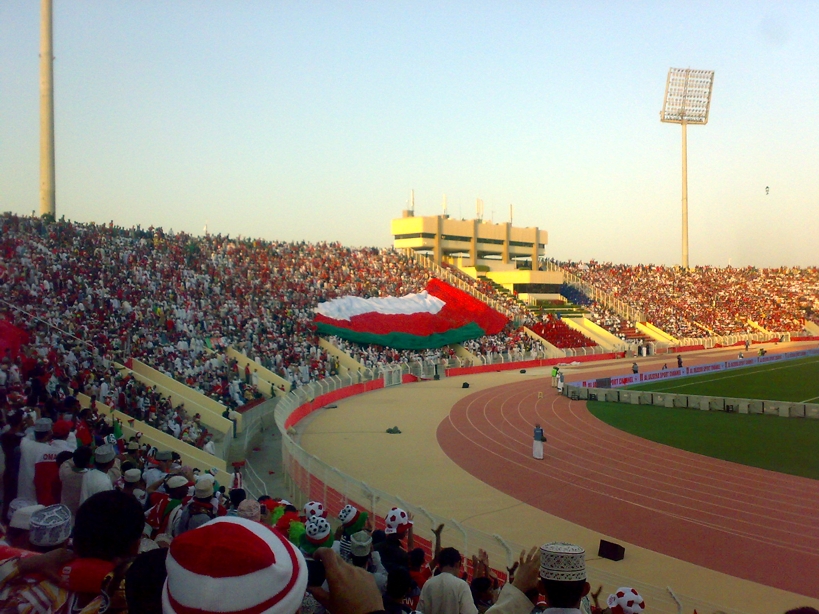 The Sultan Qaboos Stadium at the Sultan Qaboos Sports Complex (Arabic: مجمع السلطان قابوس الرياضي‎) also known locally as Boshar (Arabic: بوشر‎), is a government-owned multi-purpose stadium in the Boshar district of Muscat, Oman. It is currently used mostly for football matches, and also has facilities for athletics. The stadium originally had a capacity of over 40,000, but after recent renovations the capacity was reduced to 34,000 people. It is the home stadium of the Oman national football team. The Qaboos Stadium was used as the main stadium in the 2009 Gulf Cup of Nations, and was also used in the 1996 Gulf Cup competition. The Complex has strong security, in addition to over 10,000 parking slots.